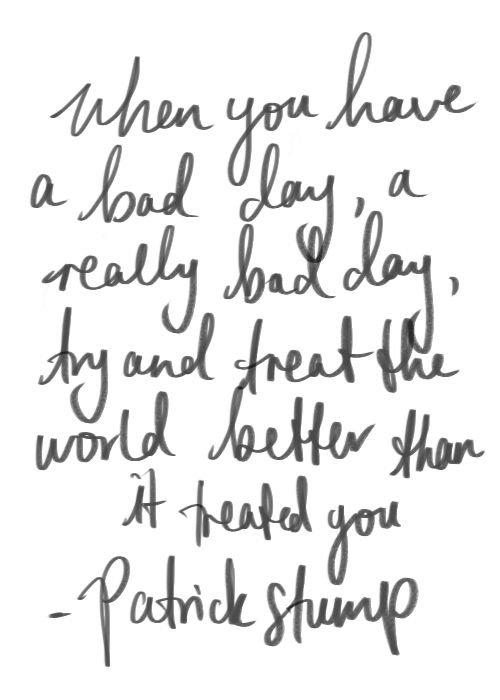 Ronan. I had a MAJOR pity party day. MAJOR. I woke up knowing fully well what day it was. October 9th. 29 months without you. I put on my best face and decided that it was definitely an all black day. I got Poppy ready, your brothers ready, made breakfast, lunches and out the door we went. I dropped your brothers off at school and took Poppy out to run some errands as I was trying to keep myself extra busy today. We were home by 11:00 a.m. Busy day FAIL. This left way too many hours in the day, to get through without losing it. I tried my best to just focus on your baby sister today, but some days everything is just too extra sad; like today. We stayed home and got things done around the house. We played a lot and as of now, she is too little to know that while I am playing with her, I am actually wiping away a river of tears. The loss of you is still too big, too fresh, too painful. Will it always be this way? I am thinking, yes. Time doesn’t heal these wounds, at least not for me.

Your brothers came home and I had Rissy run over here to get pictures of us all in your Spicy Monkey Spirit Hoods so Alexander can finish up his project. It was a wonder I could even put a smile on my face, but I did it for you. After our pictures were done, I knew I was going to explode, so while your brothers went to play basketball, I took Poppy to our mountain. I fucking hiked that thing like it was cancer itself and I was kicking its ass. Actually, I thought of that a-hole Harry Reid, who a couple of weeks ago was asked by a reporter if one child could be helped with cancer, why wouldn’t he do it. I pretended like I was kicking his ass. I’ve been so mad about this for the past week or so. Makes me sick. This sums up in a nutshell, why our world is so screwed up. Because people are so selfish and have such egos and agendas, that kids dying of cancer is not even a glitch on our governments radar. It is so shameful and embarrassing. When are these people going to pull their heads our of their asses and realize that the number one disease killer of kids, deserves some major attention? By not letting these kids go on their clinical trials, you are KILLING them. But thank you, Mr. Harry Reid. You win the douchebag of the year award for being such an insensitive prick. You can read the exchange of words below:

Senate Majority Leader Harry Reid (D., Nev.) asked why Senate Democrats would want to fund the National Institutes of Health to “help one child who has cancer” Wednesday when asked that question by CNN reporter Dana Bash.

DANA BASH: You all talked about children with cancer unable to go to clinical trials. The House is presumably going to pass a bill that funds at least the NIH. Given what you’ve said, will you at least pass that? And if not, aren’t you playing the same political games that Republicans are?

HARRY REID: Listen, Sen. Durbin explained that very well, and he did it here, did it on the floor earlier, as did Sen. Schumer. What right did they have to pick and choose what part of government is going to be funded? It’s obvious what’s going on here. You talk about reckless and irresponsible. Wow. What this is all about is Obamacare. They are obsessed. I don’t know what other word I can use. They’re obsessed with this Obamacare. It’s working now and it will continue to work and people will love it more than they do now by far. So they have no right to pick and choose.

BASH: But if you can help one child who has cancer, why wouldn’t you do it?

REID: Why would we want to do that? I have 1,100 people at Nellis Air Force base that are sitting home. They have a few problems of their own. This is — to have someone of your intelligence to suggest such a thing maybe means you’re irresponsible and reckless –

So, while I hiked our mountain, I thought about him. I actually thought of a lot of things that I have been so angry about. I’m still angry about your death, most of all, but I have some other fuels in the fire as well. What does one do with all of this anger? Kick a mountains ass of course, while your little Poppy sister strapped on to the front of me. She slept the entire time and once we made it to the top, she only woke up to give me a secret little smile. She knows a lot of things, that Poppy sister of yours. She knows SO many things. After taking out my anger on our mountain, I felt better. I felt calmer on the way down and I was thankful for my alone time to be with my thoughts and with you. Whenever I need a little reminder of how important it is, that I continue on with all that we are trying to do, on our mountain is where you will find me. It always reminds me to get back up from this world of grief that often wants to destroy me. It always reminds me that I won’t be destroyed because I won’t let you down. I’m working so hard to turn this pain into my passion because that is the only way I will be able to live this life now, Ronan. I cannot live in the old world that I used to live in and even when I try to go back, I just end up running as fast as I can, the opposite way. That life is no longer mine to live.

I came home and after a really hard day, I opened up some mail and the new issue of Phoenix Magazine came. They featured me in it as a “Mover and Shaker” of the Vally and called me an “Activist Mom.” At that moment, I felt proud. Thanks, Phoenix Magazine. It was an honor to be featured. The best part of the night though was when your Daddy was reading it out loud and Liam goes, “Or the best mom, period.” That made me cry again for the 50th time today, but they were good tears instead.

Alright little man. It’s past my bedtime. I miss you. I love you. I hope you are safe. I hate 29 months without you so much.