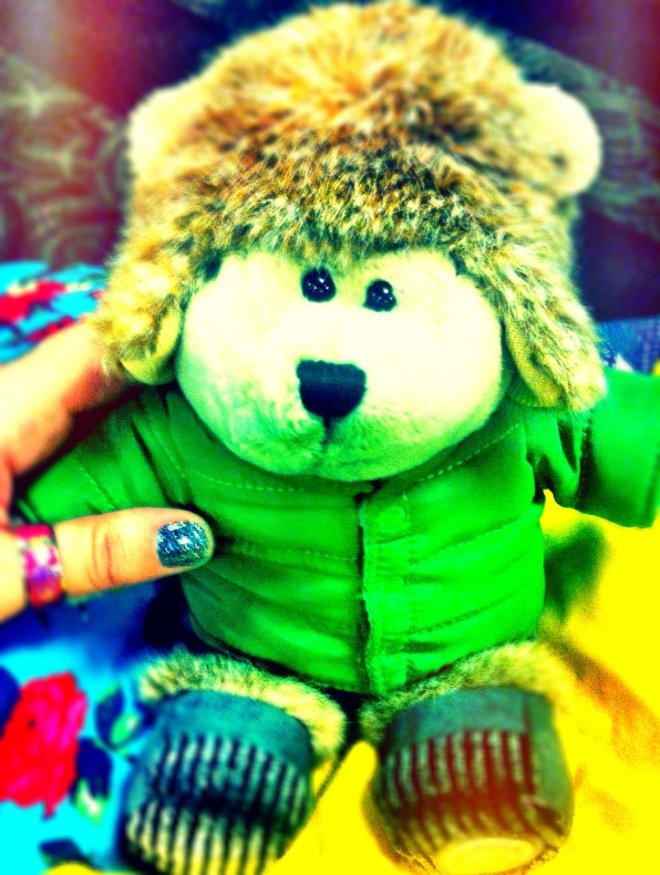 Ronan. A few things have happened since I’ve last written. I’ll start with Gary. Gary the stuffed animal that I bought for you in Starbucks. Gary who I didn’t tell anyone about, except for Dr. JoRo. I was waiting to board the plane with your Daddy and brothers. I was so sad. I didn’t want to get on the plane. I was sitting down. Quinn came and sat next to me. He saw Gary in my purse. He pulled him out and asked what he was and said he smelled like coffee. I told Quinn, that I had bought him for you. I said to Quinn, “Ronan would have liked him, don’t you think?” He smiled and said yes. I asked Quinn what you would have named him. I watched as Quinn got nervous and his little eyes started to tear up. He said he didn’t know. He didn’t want to answer me. He kept looking at the ground. I pushed him and told him just to think of the first name that popped into his head. He took a minute to answer me. He shyly looked up at me and goes, “I don’t know. Maybe Gary.” I thought I was hearing things. I said to him, “That’s exactly what I named him!” I grabbed Quinny’s face and kissed his lips. I told him I loved him. I took it as a sign from you, that I had to get on the airplane and go. During mid-flight, I could hear your daddy and Liam laughing behind us. They started handing us little post it notes that somebody had left in their in flight magazine. The post it notes said things like, “LOSER.” a game of tic-tac-toe was played. Hearts were drawn. But the best one said, “Adam Spofford owns a laptop. This is his laptop. It sucks.” xoxo- a friend. I don’t know why, but these little post it notes from a previous flyer, probably a 10-year-old girl, made us laugh. And trust me, we really needed to laugh. I made it though the flight. Quinn slept on me. Everything in my body hurt. The memories came flooding back of all the flights I taken with you and how sick you were. The memory came flooding back of our last flight together. How you could hardly move because you were in so much pain. I tried to push these memories out of my head. But they are here to stay. Forever. I know this.

We landed really late. Around midnight. It’s our first time to Nana and Papa’s, without you. Painful beyond words. But as I said before, necessary. Everything is so pretty. Nana made sure you are everywhere. Her tree is done up all purple just for you. Your stocking is hanging in between Liam and Quinn’s, just like it should be. Gifts bursting out of it. Your pictures are still all over her house, just as they have always been. Everything is the same, yet different. Nana’s house is perfectly sparkly, warm, cozy, and so welcoming. She has always been so good at this as I know, we are all her whole world. The house is full of laugher, despite you being gone. Not from me but from your brothers and Papa Jim. The never-ending goofing off and playing games that is going on is all too familiar. It’s just the way it has always been. I miss your giggles the most though. It is so obvious they are missing.

We drove to the beach yesterday to go clam digging. I slept most of the way as your Papa Jim drove us. I closed my eyes and thought of you almost the whole way there. I knew exactly where you would have sat, what you would have worn, the things that you would have said. The entire car ride would have been completely different. I know all of this. We arrived to the beach where we were greeted by the cold, wet weather. My favorite. I got out of the car and helped your brothers get all bundled up. We ran out to the ocean in our rubber boots. The tide was out really far and it was drizzling rain. I was playing with Liam. A small wave came chasing after us. A small wave that was much bigger than I had thought. We both ran but it caught up to us. I watched as Liam’s boots were flooded with water and he got soaking wet. I did as well. Within the first 15 minutes, we both had soggy boots and wet jeans. I laughed as I knew if you had been with us, you would have been drenched as well. I took Liam back to the truck and changed his socks but the damage was done…. once your boots are wet, forget about it. We toughed it out for the next hour but we were soon frozen. We headed back to the truck and watched as your daddy, Quinn, and Papa Jim dug for clams. They didn’t get a single one but it didn’t matter. It was all about the adventure and letting them make the happy memories they deserve. Our drive home was long. We played games in the car. I looked out the window and was reminded of why I love it here so much. There is something so peaceful about the Pacific Northwest. I decided that it was a really good thing, that we came here for Christmas. I needed to get away from the rat race of Phoenix. I needed a break. I needed some fresh air. I needed to breathe. I feel like I am suffocating in AZ. A change of scenery has been good, for as hard as I thought it was going to be….. it isn’t as bad as I had anticipated. We all needed this.
I spent this morning with your daddy. I think he was a little worried that we didn’t have gifts for your brothers. He woke me up early to get out of the house. I put up a fight about going out as I just wanted to stay in bed all day. I didn’t. I got up and showered. We ran into town. There are 3 choices when it comes to shopping in this little town. The closest one being Super Walmart. It was totally a Super Walmart kind of day. We roamed the aisles. I got mad. I got sad. I think I told him everything was stupid when I turned down an aisle and saw EVERYTHING STAR WARS. I walked off. I found some 3 wheeled bike in the middle of the bike aisle that was not attached to anything. It had an awesome basket on it. I started riding it around the store. I instantly felt better. Your daddy found me and gave me one of his, “What in the world are you doing looks?” I just smiled and told him I wanted to buy the bike. He knows I’m ridiculous and told me to come with him as he had found some things for your brothers. He led me over to the weapon aisle. Weapons. Now this is something I can get behind. He showed me some Airsoft Guns he thought they would like. You would have liked them too. I think they are kind of like bb guns, only safer. Maybe. I’m not really sure but they look like fun. I told him sure. Whatever. I started roaming the aisle for other treats. I grabbed a Machete and put it in the cart. Your daddy gave me the look again. I told him I needed the machete. He told me I indeed, did not need a machete. He told me to put it back and he would buy me my own Air Gun for Christmas. Fine I said. I put it back although I didn’t want to. I could have cut down a lot of wilderness with that Machete and protected us from the zombies that lurk about. When it Rome…….
The rest of the day was spent playing. I played outside with your brothers and Papa Jim. We played hide and seek. We played basketball. We played. I laughed. I cried. I missed you. I went into town and ran the lake. Tomorrow is Christmas. Fucking Fuck. I’m still here. I don’t think I’m going to die. I wondered this last night though. I wondered if the pain from loving you so much and missing you so much, will actually kill me. Or if the pain from loving you so much and missing you so much, will get me though this. Will it kill me or just make me stronger? I don’t want to be stronger. I don’t want to be strong. I just want you back.
I have to go now. Merry Christmas Eve baby doll. I’m so sorry. I miss you so much. I hope you are safe.
xoxo
And P.S. little lovely overly concerned blog readers. No. NO. No. I’m not going to go on anti-depresents. So stop encouraging it. If it works for you, lovely. But it’s not my cup of tea. I’m doing this alone. Solo. I don’t want any help from a stupid little pill that will not make my dead son, come back. If someone can invent a pill that will bring him back, I would take it in a heartbeat. Unless this is the case, I’m not interested. But thanks for your concern. Merry Fucking Christmas!