Good morning People! I wasn't expecting this. Is this Ronan 2.0? Because I'm not prepared at all. But I'm so happy to be here! #ronan #fucancer #rockstarronan #redalbum #lovingrowasred
Loving Ro was Red! I’ll write about this later, but for now you can read my blog post at Rockstar Ronan. Link is in my bio! #ronan #fucancer #rockstarronan #taylorswift #pinchme
“The world is a different place for the heartbroken.” Truer words have never been spoken @taylorswift. I love you to the moon and back, forever and always. #ronan #fucancer #serindipity #rockstarronan #redalbum
I’ve been to many places in the world, but there is nothing more magical than the Pacific Northwest. It feels so great to be home, and this family vacation was just what we all needed. Even though things in our family have changed, they will always remain the same. This is my forever family. #ronan #fucancer #pnwlove #pnwonderland #sanjuanislands #myfavoriteplace 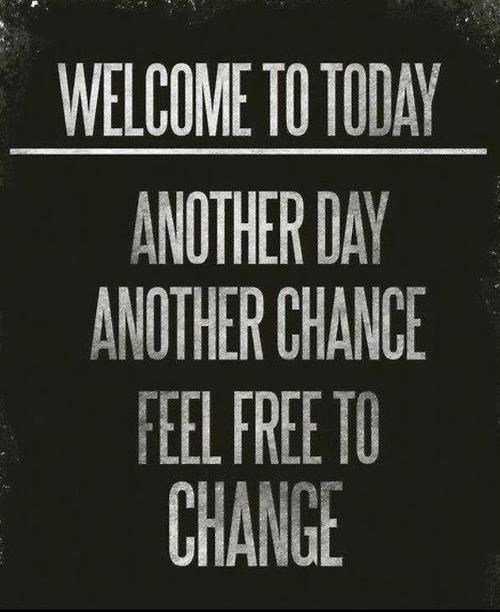 Ronan. I really was not going to write tonight, but then I lay here with these thoughts swirling in my head and I cannot sleep. Please hold. I think I might have to throw up. I am back. Throw up I did. Disgusting. I think it’s official. There are two very logical reasons behind why I am still getting sick. 1) I am allergic to our house which makes perfect sense to me, but nobody else. Why wouldn’t I be allergic to our house? I, as a mother am living, eating, sleeping, barely breathing in the house I lived with you, but you are not here because you are dead from childhood cancer. To me, that would make any mom extremely sick. Or 2) Poppy is a vegetarian and is pissed I ate a chicken taco for dinner tonight because as soon as I got to our front door and was yelling at your daddy to hurry up and open it before I barfed all over our porch, I made it inside just in time to barf in our hallway toilet. Those are just my two theory’s though. What do I know, I am only a grieving mom and due to this I think half of the things that go through my mind, are not very rational on many levels. I’m not embarrassed or ashamed to admit that, it just goes hand and hand with always feeling like you really do not know what you are doing, after losing a child. Nothing makes sense. The big stuff that I used to think was so important, seems so trivial. I often feel as though I live on planet mars and everyone lives a normal life on earth. I’m learning to become o.k. with that, but it still feels really, really lonely at times.

Today, I went to my very important office where I did very important things like start a fight on Twitter. O.k., I did not start a fight on twitter, but I got wrapped up in one and before I knew it, my impulsive side took over and I made some snarky remark where I compared someone’s else’s pain (which I don’t understand, because I lost you so sometimes think I know EVERYTHING about pain), to the pain of losing a child. I knew it was wrong to do, but I felt I had every right to comment because I as a bereaved mom tend to get so easily offended when I hear people complain about what I think is really stupid shit. I mean please, what I wouldn’t give in this world to have normal problems which do not include a dead child. The bottom line is, it was wrong and childish and I am very sorry. I learned a big fat lesson which is sometimes I need to step back and shut my big fat mouth. It’s never nice to compare pain but man, how I wish people would also just sometimes take a step back and just be thankful for being alive and in this moment. I guess because you were robbed of that Ronan, I will probably always be overly sensitive to living in this world where I see so many people taking the simplest things for granted. I, of course want to slap them all and throw you in their face, but it is not my place to do that. I am going to try to work on remembering that more. So besides my Twitter war, I was really productive.

I went and surprised your brothers today and took them out of school early. I did not tell them I was doing this because another thing about this world is it’s really hard for me to commit to things because I never know what state of mind I am going to be in. I did not want to tell them I was picking them up early, then not show up because I was having a day where I was shackled to my bed. Thankfully, I did not have one of those days today and I got to surprise them at school instead. I pulled them out early so we could go over to Fernanda’s house to watch Taylor Swift on Katie. They were so excited and happy that it melted my heart a bit. We arrived over at Fer’s house and Stacy and her kids joined us. It was a nice little pow wow of an afternoon where I got to watch your brothers run around and be kids, while also being with my friends. Your brothers had basketball practice so we had to leave pretty quickly after the Taylor show ended. We ended up meeting Stacy and her family for dinner but before we got there, I had to have a talk with Liam in the car. His teacher today, asked me if we have had his eyes checked. I told her we had, and that he has glasses that he is supposed to wear, but won’t wear them at school. I told her how we make him wear them at home, but getting him to actually wear them at school, has been an issue. I told her that I would talk to him about it, this weekend. Of course that meant tonight. I gently brought it up in the car on the way over to dinner. Liam got so upset. As in crying upset. He was still crying when we got to the restaurant. I walked with him and put my arm around him, trying my hardest to tell him how great glasses are and how important it is, that he wears them. He wasn’t having it. I had to bite my tongue as I was watching him cry and let me tell you, it took everything for me to say, “Glasses are NOT something to cry about. Cancer is.” I said it in my head alright, a few times. I thought about how that would make HIM feel, to have that said out loud to him. I decided against it and tried to work some different angles instead. We will talk about this more over the weekend, and hopefully I can have it talked into by Monday. I get it. He’s 9. Glasses will make him different. What kid at 9, wants to be different? He is already different enough by having a dead baby brother. You know how much this breaks my heart. I wish I could fix all of this, Ronan. I so with your brothers did not know what it feels like, to be different like this.

We were driving home and I pulled out my phone to show your daddy the new license plate I ordered today because my tabs are expired. They have a new license plate in AZ for childhood cancer, which you know I am thrilled about. I was playing with it online, getting ready to order my personalized plate. I typed in two options. The first one being FUC (Fuck you cancer) of course. I laughed out loud at that one. The second one being Ro Baby. I went back and forth for a bit and once again those brothers of yours, popped in my head. I made the decision to order the Ro Baby one instead of the one I really wanted, for the sake of them. Of course I wanted to get a rise out of your daddy, so I told him I had ordered the FUC one. Your brothers were in the car, too. They were mortified. Well, at least Quinn was. He goes, “Mom. Why did you have to do that?” When I saw how upset he was, I quickly told him I didn’t really, that I ordered the Ro Baby one instead. He goes, “Thank you for making the right choice.” It’s moments like that, where I am simply blown away by how sweet, innocent, and level-headed your brothers are, even after going through something like this. It reminds me for as much as I think I am doing wrong, I must be doing something right. They are proof of that.

I’m going to end this here now. My stomach is feeling a little better and I am wiped out from not sleeping well at all last night. I tossed and turned in your bed all night long. It feels so wrong, to sleep there without you. I love you, Ronan. I miss you so much. I hope you are safe. Sweet dreams, baby doll.

55 thoughts on “I am either allergic to our house or Poppy is a vegetarian.”