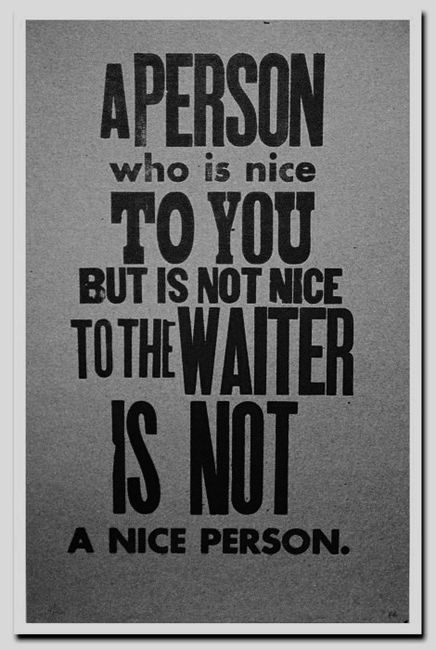 Ronan. I am having a hard time breathing. I can’t tell if it’s grief that is trying to suffocate me or Poppy. Either way it is making this life without you, harder than normal. I didn’t know that was possible. I spent the weekend at home, doing normal things with your daddy and brothers. The kinds of things we would have been doing, if you were still here. The things I have the hardest time doing now in life. Those simple easy things in life that I used to love so much but now I feel as doing them is harder than running a marathon. Without training. Liam was still a little under the weather. I tended to him and we went to bed pretty early on Saturday. It’s all I can do to make it to 9:00 p.m. without passing out. This growing a baby business is a lot of work. One that I am not a huge fan of. I never have been. The outcome is of course so worth it, but I have never been one of those women who enjoys pregnancy. It feels like a prison. I am trying to stay positive, but it’s hard to all of a sudden feel like you are just stuck in quicksand and there is nothing you can do to get out of it. Before I was pregnant, I had so many physical outlets that kept me sane. I could blow off steam so well with an easy breezy 8 mile run. Now I am panting at climbing a flight of stairs. So mentally and physically I am having a hard time getting out all of my grief in the ways in which I would before which may be another reason for my feeling of constant suffocation. I’ve been throwing myself into working on things for your foundation. That is saving my sanity a little bit I suppose. It is saving the shred of sanity that I have left.

Last night we had tickets to see my boyfriend, Eddie Vedder in concert. One of our little lovies, somehow got 6 front row seats where I got to sit about 10 feet away from Eddie as he gazed into my eyes and sang to me the entire night. That might be exaggerating a little bit but an over active imagination is healthy. He played our favorites. I was not the only one with tears streaming down my face as he sang our song, “Just Breathe.” I think everyone that was there with us, had them streaming down their cheeks too. I tried to fight it, but eventually the lump in my throat became too big and the tears came next. Buckets of them. I wiped them away and pictured you running up on the stage as Eddie sang his song, only the way he can. One that makes you get completely lost in another world. I, as always, was lost in the little world of yours. It’s my favorite place to be. I know Eddie had some Ronan ESP going on as next to last song was the one and only Neil Young’s, “Keep on Rocking in the Free World.” You’re telling me that was a coincidence? I know it was not. It was you working your magic in the ways that you always do. My entire body ached for you and I had flashbacks to the way you used to dance to that song. Thanks, Eddie V for playing it just for Ro last night. I know you did that for him. I could not have thought of a better way to end the night, then with that.

Today, I woke up bright and early. For going to bed so late last night, I woke up before the sun came up. I tossed and turned for about an hour before finally getting up. I had nothing of real importance to do today, but I was restless anyway. I ran some errands and went to the office. I worked through much of the afternoon on some foundation things and had about a half an hour phone interview. This one was hard for some reason. I forget what question it was exactly that I was trying to answer, but I know I had to stop myself and apologize for the sobbing that was taking place on my end of the phone. I think I remember telling the lady on the other end of the phone something about my last words to you and how I told you how sorry I was over and over again. She asked me what I was sorry about. I told her how I promised you I would save you and get you better and the fact that I didn’t or couldn’t will make me sorry for  the rest of my life. She asked if I thought you knew that you were dying. I think about that question a lot. I told her that I did not think that you did. How some of your last words to me were, “I don’t want anymore sleepy medicine.” I told her how you had to be put under anesthesia a lot and how I think you thought you were just going to sleep, but you would wake up again. I think about this so much in my head, all the time. I wonder if I should have told you that you were going to sleep forever. I didn’t. I don’t know if I should have or not. I’m so sorry you are sleeping forever and won’t ever wake up. I will forever have post traumatic stress over this. No mama should have to kiss her babies lips one last time and to be expected to live a life without kissing them again. Being a parent to a dead child is the hardest job in the world. Much harder than being the parent to kids who are alive and well. Being the parent to a dead child is the hardest kind of parent to be. I don’t think anybody in the outside world realizes this. It’s a truth I never thought I would know. It’s a truth that I will forever wish I didn’t know.

I had a board meeting last night at our new office. All of the girls were so excited. It was so nice to be able to have a space to go, that was not our own house. Our board meeting was long. A good 4 hours last night but we got a lot done as we always do. I woke up this morning with a big to do list. I got a lot of it done but by noon I knew I had reached my limit for the day. The little sleep I got last night combined with a raging headache led me to driving home and crawling in bed for a few hours. I took about a half an hour power nap but then had to get up to get some things done. Your daddy picked up your brothers from school and we all went out to grab a bite to eat as the cooking was just not happening tonight. I find myself sitting back and listening to your daddy a lot and the way he talks to your brothers and explains so much about the world to them. Once again, that bittersweet word will be used again because it is so bittersweet to hear the things they are learning and knowing you should be here, learning them, too. Tonight at dinner your daddy talked about everything from Shakespeare to the election. I watched them soak it all up like little sponges. They are so lucky to have a daddy like yours. Tonight, sitting at one of our favorite restaurants, I felt pretty lucky. Not every child grows up with a daddy like yours. So I felt lucky for that. Your brothers are amazing little boys and I know a big part of this is due to the strong male figure they have in their life. They are happy, loved, and have been through the worst, only to watch as we have survived it all. I feel like a bit of their self-confidence and security is coming back. I know this could have shaped them either direction. I am thankful that our situation has only seemed to make them stronger and have a love for our family  that is so strong because they understand how precious it is. Such hard lessons for young boys but I know this will make them stronger men. Of course you know I would rather have you here and not have to have them “learn,” any of this. I am just doing my best to be grateful for the things I have that are tangible to me, like your brothers brave little hearts.

I gotta go little man. Lots to do, always for you. I miss you. I love you. I hope you are safe. Sweet dreams.

P.S. I am not going to get into politics on here but I am so glad the election is over. I took Poppy to vote yesterday and we as a family had such fun last night watching the polls. It was a good night. I am so glad we can now focus on turning that White House Gold for September. I have faith that our President will do the right thing and make this happen. There are too many babes dying. A change has to come. I am thankful for President Obama and the Creating Hope Act. It’s time to take this to the next level and with all of you on our side, I know this can happen! Love you all, so much!