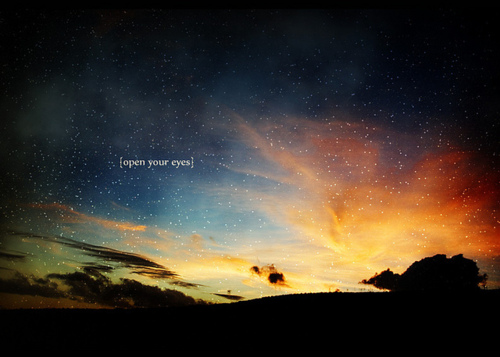 I find it impossible that I am even still standing after today. Let alone, writing this post. I’m not sure how I’m even awake at this point. I didn’t much sleep last night and we woke up early to get Ronan ready for his day. He was mad that I woke him up from his peaceful slumber and even more mad that he had to drink his contrast before we could head to the hospital for his CT scan. I power talked him though it, although he fought me the entire time. Ronan is such a hard headed little boy and after battling with him almost the entire day, I am mentally beat. There was a lot of distracting, playing, bribing, and threatening today to get him through what we had to do. I have am so glad to be in our bed and over with today and am not looking forward to tomorrow at all. Scan days are always brutal and I know 110% that I would have crumbled today had it not been for Fernanda. She was such a big help.

We arrived to the clinic and were told that Ronan needed platelets again because his were still very low despite the platelets he received yesterday. We had plenty of time before our CT scan was scheduled so we went and got his platelets started. While we were getting them, Ronan fell asleep on the little couch next to me. Fernanda and I sat and watched him sleep and quietly talked. We both tried to block out the sounds of the screaming boy next to us who was about Ronan’s age. The poor thing must have screamed bloody murder for a good half an hour. I felt so helpless and so sad for the child and parents. I told Fernanda sometimes watching the parents go through this is almost harder than watching the kids. It is a lose lose situation for everyone involved and never gets any easier to see.

After Ronan was finished with his platelets, we headed down to get his CT scan done. I must have been told by 5 different people that he needed to be ready for anesthesia, even though I told everyone that he didn’t need it today. We got down to the CT room and sure enough the nurse came up to me and on her piece of paper says the word, Anesthesia, in big red letters. As soon as I saw this I told her that Ronan would not need anesthesia today. She looked at me like I had three heads and said that she wasn’t told this but that we could try it without, first. We went back to the room and I put Ronan on the table as he clutched onto his Star Wars guys. I had prepped him all morning for how he had to hold still and how it was going to be a piece of cake, just like radiation. He understood the drill and was very excited that I was able to stay in the room with him this time, unlike RT where I had to leave him all alone. The whole CT scan took about 10 minutes. He held so still and I acted out a scene from Star Wars for him with his Clone Troopers and told him all about the secret mission they were going on with him. He smiled the entire time and listened with his big eyes looking up at the CT machine. I was so proud of him; once again. He truly amazes me with how brave and strong he is. When we finished, all the techs told them how great of a job he did and he gave them all knuckles as he walked out the door. Such a little Rockstar, my Ronan.

I’m not sure where the rest of the day went. We had to wait around forever to get Ronan’s MIBG injection for tomorrow’s scans. We ran out for a bit and went to Dylan’s Candy Shop which I am totally over at this point. Four trips there, in the past 3 weeks for overpriced candy and you cannot even move in the store due to it being jam packed with people. If I never have to see that place again, I will be so happy. And this coming from me, an avid candy connoisseur, is huge. I’m done with that place. After Dylan’s, Fernanda was about to pass out from being on the “Maya diet,” which consists of not eating, so I took her to 4 carrots to eat. I pretended to eat a half of a sandwich for her, but she busted me and gave me a very stern but loving talking to about my lack of food. Ronan and Fernanda ate which was all that mattered to me. I did take a small Fro Yo to go and ate the whole thing for her. That’s the best I could do today.

I asked a few times if Dr. Kushner would read the results of the CT for me today and I got put off which I kind of expected. Everybody reassured me that if there was something that was not good, he would have come to talk to me. I hope they are not eating their words tomorrow. I’m going with the no news, is good news approach tonight so I can hopefully sleep a little easier.

We got back to the RMH later this afternoon and Fernanda hung out for a while. I practically had to force her out the door and told her to get some rest even though she tried to say she was coming back later this evening. I was not having it as she needs her rest too. My friends, Ed and Diane who are in town with their two little boys came by to see us. We had been looking forward to seeing them all day. They came armed with enough toys for Christmas. Ronan was in heaven not only because of the toys, but even more so because he had two boys to play with. He should have been wiped out from today, but he ran around here and played with those two until 9:45 tonight. It was so good for him and made him so happy. Thank you, Ed and Di. You two and your boys were just what we needed after a long and hard hospital day. I am so blessed to call you my friends.

Alright my dears. This is all I have tonight. I hope you all had a beautiful day full of many blessings. Tomorrow is a huge day for us and I am going to be channeling all of your strength and love. Sweetest dreams to you all.